Everyone on the Harrell Team has interesting backgrounds and hobbies. It’s always fun to learn more about the person who’s designing your kitchen remodel, prepping your home for impending construction, swinging hammers on-site, or the team members in charge of making the entire project run smoothly.

By day, Nigel Robinson is one of our valued and talented carpenters. But when he lays down his construction tools, Nigel is a marathon runner. And he can thank his wife Margaret for getting him hooked on this hobby. 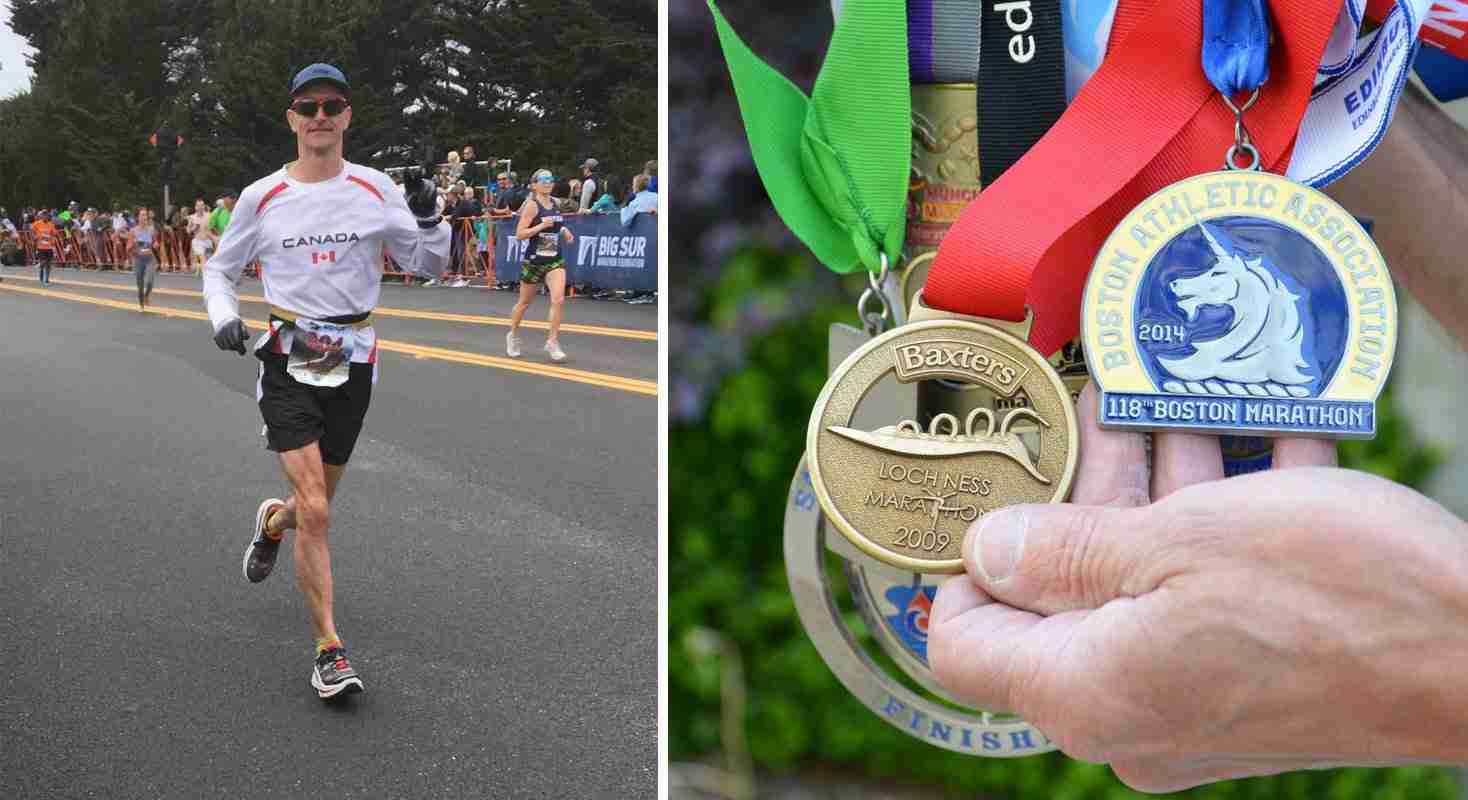 When they were living in Edinburgh, Scotland, Margaret, who was an avid runner, suggested running with the local chapter of the worldwide Hash House Harriers, which is often described as “a drinking club with a running problem.” Though he’d never been a serious runner, Nigel decided to join because it was a lively social club (the Brits really know how to have a good time) as well as a way to get a bit of exercise.

“We’d get together, run a bit, and then hit a pub,” shares Nigel of the Harriers’ typical get together. “But the group would do longer runs, some 20 to 25 miles and others, epic 80 to 100-mile runs spanning a four day period. So, yeah, they had a running problem to be sure!”

This social interaction along with Margaret’s enthusiasm for the sport sparked Nigel’s passion for running. He ran his first marathon unexpectedly in 2009 when Margaret, who was training for the Edinburgh Marathon, had an accident, which resulted in an injury. So, Nigel decided to take over her spot in the race.

“I’d been running about six miles a week,” Nigel explained. “And I thought, six miles, thirty miles, that can’t be much of a difference. Well, it was. I promptly injured myself with that foolishness, but then prepared properly for a marathon that fall.”

But that marathon clinched it. Nigel was hooked. Ever since, he has run numerous marathons in the U.K., Germany, Canada, and the United States. While still living in Scotland, he participated in the Loch Ness and Edinburgh marathons and also ran the Munich (Germany) marathon. After returning to the United States, he continued running, putting in miles, and participating in more marathons including the Humboldt Redwoods Marathon, and the Santa Rosa Marathon, which is a qualifier for the Boston Marathon.

“Santa Rosa is a flat, fast course, and the race is held just before the Boston entry cut-off, so it’s popular for people that want to qualify for Boston.”

Just recently, Nigel ran the Boston Marathon for the second time, his third time qualifying. The Boston Marathon holds the distinction as the oldest marathon in the nation, with about thirty thousand people running the race and thousands more spectating. It’s held on Patriot’s Day, a holiday commemorating the first battles of the American Revolutionary War.

Nigel’s four-months of training leading up to the event had him running five days a week, averaging fifty miles a week. During this time, he caught a cold and missed four training days. But the week before the event and on race day, he was “feeling pretty good.” Nigel’s brother-in-law also ran the race and Nigel’s wife, mom, and sister-in-law came with them to Boston to cheer on the two runners.

“I was shooting for a race time of three hours, seventeen minutes and was on track until mile sixteen. Unfortunately, I was coming off a cold and those last ten miles were tough,” says Nigel.

Nigel finished the race with a final time of three hours, fifty-two minutes but believed had he been healthy, he would have met or bested his goal time. Because he got into Boston, Nigel and his brother-in-law were both eligible to sign up for the “Boston 2 Big Sur” option of the Big Sur International Marathon on April 28th, a popular race among runners that takes a scenic, hilly route from Big Sur to Carmel.

Explains Nigel, “There are about 400 spots reserved in the Big Sur race for people who run Boston. It’s not common to run two races so close together but Big Sur was an opportunity to run a beautiful course and take on a special challenge.”

Nigel’s final race time for Big Sur was three hours, fifty minutes. “My finishing time was slow but running two marathons basically back-to-back, your body doesn’t have a lot of time to recover. And, as luck would have it, I caught another cold. But Big Sur is a fantastic marathon. The course is quite hilly but the scenery is amazing.” 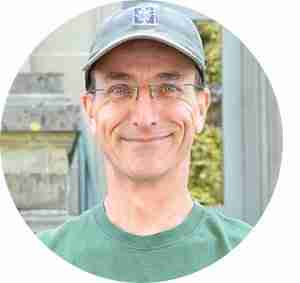 Nigel Robinson is a Carpenter Level II and has been with Harrell Remodeling for three years. He grew up in Kingston, Ontario, Canada, receiving his B.A. in History from the University of Waterloo. He also earned a two-year certification in Heritage Restoration from Algonquin College in Canada. The Heritage Restoration course taught shop and millwork fundamentals, along with an appreciation of buildings and architecture. Nigel is driven to create high-quality results that are on-time and on-budget. With fifteen years of carpentry experience under his tool belt, Nigel loves his work, the environment, the Harrell staff, and the clients. “I want people to know that we really do live our motto, ‘We never forget it’s your home.’” Though he enjoys every project, he is most enthusiastic when a project presents him with the opportunity to problem-solve creative solutions or exceptionally detailed work. His favorite project was one in which he constructed an outdoor bench and pergola. “It required precisely curved beams, which were interesting and challenging to fabricate,” Nigel shares about what inspired him about the project. Harrell Remodeling is an employee-owned business, and Nigel finds that to be a great motivator knowing that he is sharing in the company’s success.

When he’s not working for Harrell Remodeling, Nigel loves to be outdoors. In addition to running, he enjoys camping, rock climbing, and in the early 1990s, took a summer off to explore Canada and the West Coast on a bicycle tour. He also volunteers his time at the West Point Inn, a heritage non-profit on Mt. Tamalpais as well as helps at the annual Western States Endurance Run, a 100.2-mile ultramarathon that traverses between Squaw Valley and Auburn. When it comes to travel, Nigel “has a particular love of desert canyons” but going “anywhere in the back of beyond” feeds his soul.

Defying his British heritage, Nigel prefers coffee over tea. Though currently pet-free, Nigel and his wife had two cats, Tuna and Wasabi. He enjoys listening to podcasts, his two favorites being “Marathon Talk” and “Stay Tuned with Preet.” He is also an avid consumer of political news.